Before you read this, please take the time to read, vote, and comment on a bout at Write Club!

Did I ever tell you about the time that I got pulled over for driving a stolen vehicle? No? Well I was telling this story to a buddy of mine this weekend, he’s a police officer, and he was surprised at the restraint that was used during my stop. He said that usually (considering that 99% of stolen cars aren’t “stolen” by the owner) the police officers would have the driver get out and get down on the ground prior to the cop ever approaching the vehicle. There could have been weapons drawn, I could have ended up in handcuffs, and possibly even in the back of a cruiser before ever having the chance to explain the misunderstanding. Luckily, my story isn’t that bad, here it goes…

About a month after buying my first car my girlfriend (at the time) and I took a trip to New Jersey to visit my grandparents. I left my car at her place in Philly and we went in hers. When we got back I had a “hmm, I thought I parked here” moment. Now, it wasn’t all that odd. She had street parking where she lived so I would park in various spots and sometimes on various streets. Thinking that I parked one place and realizing that I parked somewhere else was common place. I took a walk around the block and quickly realized that yes, I did leave my car in front of her house, and yes, my car was now missing. I reported it stolen and sat and stewed for a bit, then her and I drove around the city, hoping to set off my alarm and find my car. We didn’t. A little while after I we got back the police contacted me to let me know that they had found my car. It was on a street that we had driven down multiple times in our search. So that joyrider was cruising around in my car the same time that I was out looking for him.

I get my car back, and proceed to drive in to work the next day. Still flustered from the night before, and also running a bit late, I get pulled over for rolling through a stopsign. “Oh this is not your day” the cop says, and as I look up at him I realize that he’s the same one that took my report and also the same one that found my car last night. He joked around with me for a bit and let me go without a ticket. A couple of months later, driving home from a night of drinking (actually, I was stone sober, I DD’ed for my friends) I had an unmarked police car pull out behind. It’s after 2am, no cars on the road, there’s 3 lanes to choose from, and this guy is tailgating me. I just assumed he was some kind of jerk then tried to ignore it. As I crest a blind hill I see that both sides of the road are COVERED with police cars. The one behind me turns on his lights and the rest all at once followed suit(I think I might have pissed myself a little bit), it looked like something out of a movie. I was instructed to stop, turn my car off, throw my keys out, and keep my hands outside of my window.

The officer approached my car and asked if I knew why he pulled me over, I responded with a “no sir”, and he responded with “for driving a stolen vehicle”. I honestly didn’t put two and two together at first. My mind went to “did that dealer really sell me a stolen car? How does that even happen!?” The officer told me when it was reported stolen and it all clicked. I gave him my information, he verified it, apologized for the inconvenience, and told me that he couldn’t report it as found. I would have to contact the Philadelphia police station for that. Aside from my time overseas, I have never been more scared of driving than I was now. So now, I have to finish driving home, in my stolen car. I call Philly and explain, I offer to send a picture of myself, my drivers license, car, and license plate. Apparently, this sort of thing NEVER happens, and because it is so rare I would have to bring my car down to the police station so that they can visually verify everything. So, I had to race to and from work that day, in my stolen car. Then drive to the police station in Philly, in my stolen car, where they take MAYBE 2 minutes to come out and check my car and credentials and take me out of the system. On the way out of the station, I ran into that same cop who took the report for, found, returned, and forgot to finish his report for my car. I wanted to punch him in the face.

Until next time, don’t let them catch you ridin’ dirty. 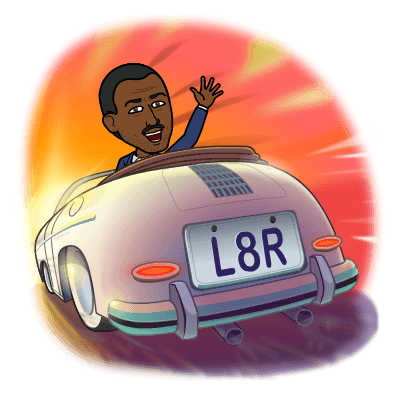