I get it, military personnel are not people that you normally get to see on a daily basis. We are, in many ways, a mystery. With that in mind I am going to try to keep a relatively open mind with this one. If you keep up with my blog you’ll know that I recently had to go away on a workation. I went to Marine Week (it’s like Fleet Week, but not) in Detroit. While I was there I had A LOT of cringe-worthy conversations, both on duty and off. Some were due to pure and utter ignorance, I can completely understand that. Others however, were well informed individuals who just would not take no for an answer. So, I am writing this for both of those groups in an attempt to get you to understand the military mindset so that (hopefully) you don’t unintentionally (or intentionally) end up making another veteran/ service-member uncomfortable.

Have you killed anyone?

In the military we have what could best be described as “rites of passage”. Asking someone if they have completed them can very easily become insulting. Not all Marines go to Parris Island (and yes, I did spell that correctly), but Marines a known for going to Parris Island. So whiel there is nothing wrong with a Marine going to boot camp in San Diego

How do you feel about our President?

It’s not that service-members don’t have an opinion on politics. It’s just that we don’t want to tell you our political stance, and for good reason. Personally, I will tell you that I do in fact have an opinion (that I keep to myself) on the election. During election season I follow the news and quietly root for my choice in candidates. But after the election is over, I man up, chalk it up as either a loss or victory, and move on. It’s like the NFL 24 hour rule (Google it), do you really want your military to openly be at odds with your President? I saw that, and I can already hear the anarchist “yes” coming from some of you. You suck.

Yes, that’s usually how this question comes out. 9 times out of 10 when I get asked about the LBGTQ community in a very roundabout way. For this I am going to take a little bit of a different approach. How exactly is the LBGTQ community in the military effecting you? I don’t question you about the furniture in your house because to be honest I don’t care. Remember back in the day when we all just minded our own business? Do that.

Have you heard anything about going overseas?

I have! The same thing that you have.

Annddd this is the part where I become a hypocrite and backpedal through everything that I said before. All of this is null and void (I used speech-to-text on the first draft of this and it wrote “null in void”, I almost left it) when it comes to conversations between servicemembers. We are a family, and this is all family business. You might overhear us taking seemingly low blows at one another. It’s what we do. And we can do it because deep down we know that we are all on the same team fighting the same fight.

Until next time, support our troops, don’t interrogate them. 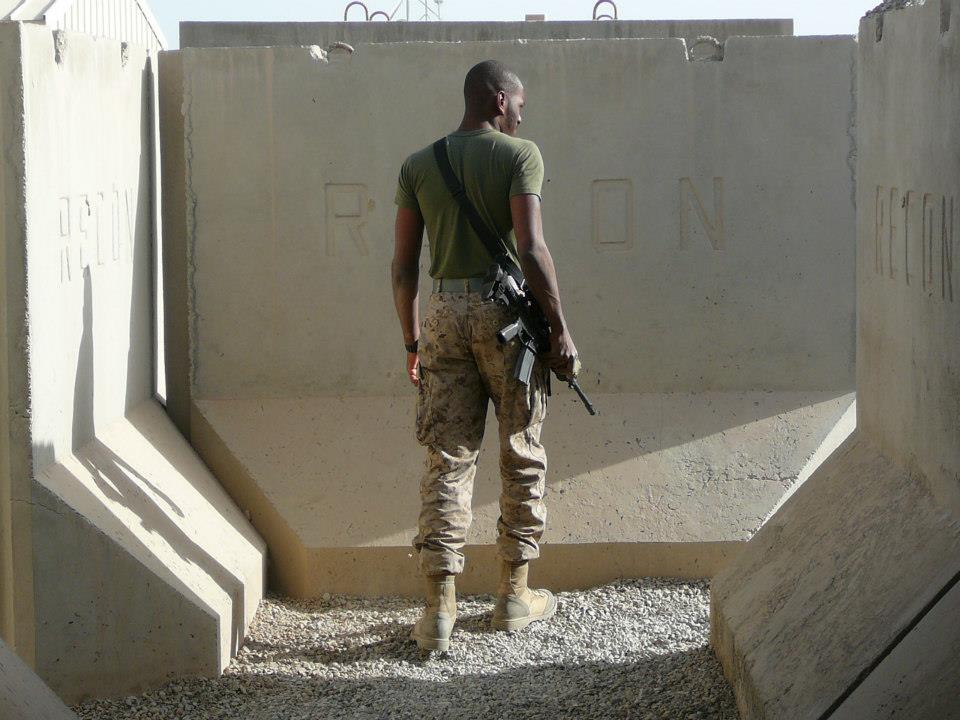 P.S. As cool as this picture looks it actually isn’t the “action shot” that is appears to be. My Doc in Afghanistan was into photography and had me model in that spot for a couple pictures.