I hate leaving drafts unfinished and unscheduled so I went through my list and found/finished this puppy. I’m actually not single right now (sorry ladies… Fellas, you’re welcome) but this post isn’t really about looking for love so it’s still pretty relevant. Hopefully you’ll still enjoy this one.

No, that headline is not me putting up the pretty promiscuous wild woman batman beacon. And yes, I have been “single” for a little while now. This is me saying that I have finally managed to let go of that old relationship baggage and am now ready to reenter the dating world. Like, for real this time (no take-backsies). I have never been the one to jump from one relationship to another. Usually, I do a good job of not bringing baggage with me. What that means is that between relationships (or at least when I first become single) I tend to be a non-dating, incredibly needy, lazy, irritable, and sex driven shell of myself.

I met a girl. Like me, she’s a runner. Unlike me, she’s actually a pretty good runner. Anyway, her and I made plans to go out but she came down with a stomach bug or something so we just ended up texting instead. That same night my ex randomly decided to text me (it’s like ex’s have a sixth sense this stuff). I know I’ve said that I would write a follow up Al post, it’s drafted, not yet finished, honestly I’m not sure if I ever will finish it and/or post it. You have probably already gathered that it was not the best relationship and I seriously doubt that you are really dying to hear the full story (JT pretty much hits the nail on the head). Ok, back to the super surprising single stuff.

Normally, whenever Al’s name would show up in my phone I would get sick to my stomach (literally, physically sick to my stomach). This time, nothing. It was just another not so normal text from another not so normal ex that I hadn’t talked to in a while. I was fine. Actually, honestly, I spent most of this conversation thinking about the runner. Finalfreakingly (yes, I do curse. I am, in fact, a “grown ass man”. But “finalfuckingly” doesn’t have the same humor behind it… Also, I’d like to keep the cursing to a minimum on my blog… Anything else you want to discus? No? OK. Well would you look at this tangent! Little lengthy. Can I get back to the story now? Thanks), her hold on my head, heart, and apparently my stomach, was gone! I honestly did not think this day would ever come. But here it is, er, was.

Until next time, my baggage is gone, bye Felicia! 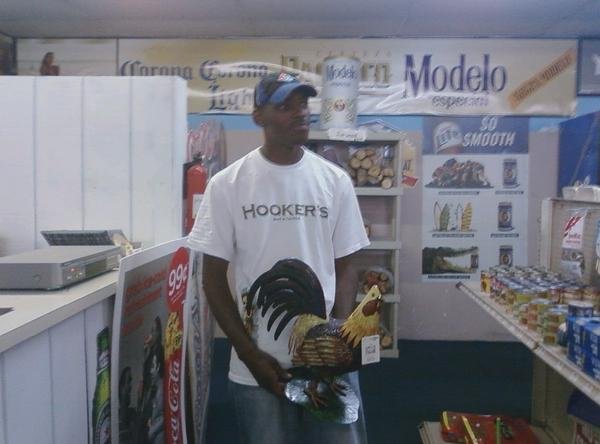